A lawsuit filed in March against the building’s owners and managers alleges that they are trying to convert the building against the tenants’ will. “Ownership and management are aggressively pursuing their attempts at coercing the August’s tenants into accepting condo conversion,” attorney Douglas Sparks wrote in the complaint.

END_OF_DOCUMENT_TOKEN_TO_BE_REPLACED

A man who admitted sexually assaulting a woman in the laundry room of a Northwest Washington apartment building and raping another woman five days later in a basement several blocks away was sentenced yesterday to 20 years in prison . . . [The first victim said of her attacker]: “He deserves to reap the consequences of his actions . . .[he] is a man without regard for humanity — who sees a woman crying, begging before him, and doesn't stop, even for a moment, to recognize her as a soul herself.”

END_OF_DOCUMENT_TOKEN_TO_BE_REPLACED

Police want you to see the video so officers can capture their man. The man who police say sexually assaulted a 29-year old woman in the basement of her condo building just north of Dupont Circle. The man is also wanted for questioning in connection with an earlier sexual assault at another Dupont Circle apartment building.

END_OF_DOCUMENT_TOKEN_TO_BE_REPLACED

Man Arrested for Rape in Bethesda Hotel. The Gazette. 26 September 2005.

Police arrested a Wheaton man for raping a New York woman in her hotel room. The woman answered a knock at her door shortly after midnight. The man pushed her down, shut the door, and raped her. He held a pillow over her face, making it difficult for her to breathe. The woman broke free and ran to the front desk for help.

END_OF_DOCUMENT_TOKEN_TO_BE_REPLACED

Intoxicated intruder breaches lax security at the Holiday Inn in Bethesda and rapes female guest in her room during early morning hours.

END_OF_DOCUMENT_TOKEN_TO_BE_REPLACED

“Attorney Douglas R. Sparks cited a 1987 report [that] said Joy often shouted out ambulance windows at women and flirted when he should have been working. Sparks argued that the city should have known Joy was a poor choice to be an ambulance worker.”

END_OF_DOCUMENT_TOKEN_TO_BE_REPLACED

Attorney Douglas Sparks says DC’s internal documents show officials did not act properly after the first complaint, and the ambulance attendant should never have been put back on the street . . “It's hard to imagine a more outrageous set of circumstances than when you're molested in an ambulance, ” said attorney Sparks.

“In a . . . suit claiming that the District government was negligent in its supervision of an ambulance crew that . . . sexually assaulted a female patient being taken to the hospital, a District couple is relying on . . . Douglas Sparks . . . .”

END_OF_DOCUMENT_TOKEN_TO_BE_REPLACED

A civil lawsuit alleges that a city ambulance worker assigned to transport a.... woman to a hospital [instead] “parked the ambulance in an unknown location... exposed himself to the woman, fondled her, and committed other assaultive acts upon her...”

“Sources have said the driver of Ambulance 21 witnessed the attack in the rear view mirror and backs up P.J.’s story . . . The incident with P.J. is not the first time the D.C. Ambulance Service has had to investigate incidents of sexual misconduct by an ambulance crew member.” 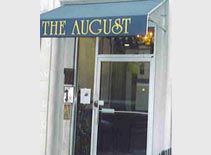 Dupont Circle apartment building where tenant was raped by intruder. 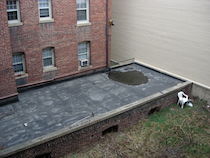 View of building from alley where assailant entered through unsecure rear door. 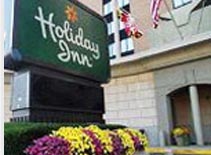 Chevy Chase Holiday Inn where woman was raped in her room by intoxicated intruder. 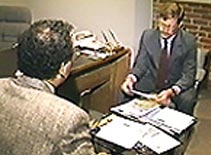 "It's hard to imagine a more outrageous set of circumstances than when you're molested in an ambulance."

"Sources said the driver of ambulance 21 witnessed the attack in the rear view mirror."

"The ambulance driver had to repeatedly tell his partner to stop yelling out the window at women on the street."
Client Reviews
★★★★★
"Mr. Sparks is by far the best lawyer I have ever met. Lawyers are easy to find, but finding one who is smart, honest, thorough, and truly cares about people is very difficult. Every member of my family has trusted him for over twenty years, and he has never let us down. Mr. Sparks is REAL and passionate about helping others." Sanaz
★★★★★
"Doug made me feel confident and welcome after my first lawyer gave up on my auto accident case. I was impressed by his intelligence, fast thinking, and attention to detail." Auto Accident Client
★★★★★
"A truly rare attorney who is out solely for YOUR best interest. In the courtroom, Doug dominated. He is extremely skilled, and an expert in what he does." Criminal Defense Client
View More
Submit a Law Firm Client Review