Attorney Douglas Sparks is suing on behalf of the parents of the Gulf War veteran. “No mother calls a neighbor to check on her son and expects the next call to be he's dead because police entered his home and shot him,” noted Sparks. He says police should have left him alone until they had mental health counselors on the scene. Sources say the police department has launched a program to work with mental health specialists in the future.

Douglas Sparks, an attorney representing the family, released a four-page letter Tuesday that he sent May 1 to D.C. Mayor Adrian Fenty. “At least eight rounds were fired, and five pierced David’s body . . . the trajectory of the rounds that hit David . . . establishes that the officers fired downward,” Sparks said in the letter.

Attorney Douglas Sparks says, “The evidence shows . . . most if not all of the shots were fired while he was on the ground and incapacitated. They did everything exactly the opposite of what they're supposed to do. They didn't call for back up and they didn't call for a mental health specialist. These are salt of the earth, hard working, good people who don't understand why their son is dead. Mother calls neighbor to check on son and next call she gets is he's dead because police killed him in his own home,” said Sparks.

“Police officials could not explain why the shooting of [Sparks’ client] was never examined by the weapon review board. The District settled the Superior Court lawsuit.”

END_OF_DOCUMENT_TOKEN_TO_BE_REPLACED

“Lawsuits that often follow off-duty police shootings have been costly to District taxpayers . . . In 1995, the District paid [Sparks’ client] to settle a lawsuit over the shooting.”

What The Hell Would It Take To Indict A Cop? Huffington Post. 7 December 2014.

WASHINGTON. The decisions of two grand juries not to indict the police officers responsible for the deaths of Michael Brown and Eric Garner have sparked emotional reactions and protests throughout the country. In the latest episode of "Drinking and Talking," Douglas Sparks, a prominent civil attorney, offered an insider's perspective . . . Listen to the Podcast here. 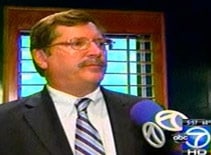 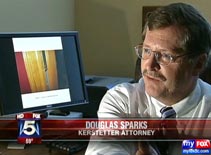 “The evidence shows . . . most if not all of the shots were fired while he was on the ground and incapacitated.”

“It is not more often than not” that a police officer won’t get indicted in cases like this, said Doug Sparks, a prominent civil attorney who has tried cases of police brutality. “I would say it is almost never.”
Client Reviews
★★★★★
"Mr. Sparks is by far the best lawyer I have ever met. Lawyers are easy to find, but finding one who is smart, honest, thorough, and truly cares about people is very difficult. Every member of my family has trusted him for over twenty years, and he has never let us down. Mr. Sparks is REAL and passionate about helping others." Sanaz
★★★★★
"Doug made me feel confident and welcome after my first lawyer gave up on my auto accident case. I was impressed by his intelligence, fast thinking, and attention to detail." Auto Accident Client
★★★★★
"A truly rare attorney who is out solely for YOUR best interest. In the courtroom, Doug dominated. He is extremely skilled, and an expert in what he does." Criminal Defense Client
View More
Submit a Law Firm Client Review